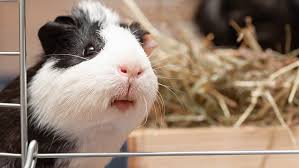 But I had little personal experience with rats. A few kids I knew kept rats as pets, and they seemed nothing more than oversized mice, similar to what the Romans called “Mus Maximus” (Big Mouse, a rat, in other words) as opposed to “Meerschweinchen” (Little Mouse). So when early one evening at the beginning of summer 2011 I saw a furry brown creature with a long tail scampering about the branches of my lemon tree, I was nonplused. This was no small children’s pet.

This was a large, bloated, and somewhat repulsive animal that had made its way into my backyard and was now gorging itself on the contents of one of my bird feeders. With amazing dexterity it crawled headfirst down the tubular side, planted itself on the circular perch where the birds are supposed to sit, and ate as if there was no tomorrow, twitching its nose like a rabbit and using its paws like an electric saw. It ran when I approached, moving with incredible speed, up the side of the bird feeder and back up into the branches, disappearing amongst the leaves.

The next evening it was back again, eating ravenously. At dusk the day after that it brought a companion. Now there were two, and the following night there were four. These rats were multiplying exponentially. Going to my PC I typed the word “rats” on Google. I got over 95,000,000 results, and a quick perusal of a few of the articles I found informed me I had a problem I had better do something about, with no time to lose.

I had to get rid of the rats, or soon I would be overrun with them. Rats are infamous for how fast they reproduce. But I wanted to do it as humanely as possible and in as environmentally friendly a manner as I could. I made a visit to the nearest hardware store, and after a careful look at what was on the shelves under the generic title “Rodent Control,” I came away with what I thought were the best choices: Two small plastic “rodent boxes,” with round holes on either side for the rats to pass through, four places inside to place the blocks of poison (that way only the rats and not some neighborhood cat would be able to get to them) and places for a spring-loaded rat trap, two of which I purchased. These were, I discovered, a quantum leap in force from the old-fashioned Victor wooden mousetraps I had seen previously. The jaws of these came down with a terrifying crash that actually startled me the first time I heard it, and would certainly bring instant (and hopefully painless) death to any rat that went after the peanut butter I used as bait. I set the traps, placed the blocks of ugly green poison in their spots, and put the boxes under the trees a few feet apart from one another, sprinkled some bird seed around each, and waited. While I waited I spent more time on Google, learning about rats.

Rats are most notorious for having brought the Black Plague to Europe in the 14th Century. Coming along the Silk Road from China, rats carrying plague-bearing fleas reached the Crimea in 1346, and from there got on board ships bound for Europe. The resultant pandemic, perhaps the worst in history, killed an estimated one-half of the population. Medieval medicine could not discover the cause nor could it treat the sick. People went to bed seemingly healthy and died in their sleep. The dead were so numerous that in some places there was no one left to bury them. Europe would not recover for 150 years.

But there is much more to the human-rat relationship than the plague, as I was soon to discover. Rats have doggedly followed in the footsteps of human migration. Where there are people, there will be rats. Rats now live on every continent on earth except Antarctica, making them the most successful mammal on the planet after human beings. It is estimated there is one rat for every human on earth. One story, perhaps apocryphal, states that in places where rats are especially numerous, a person at any given time is no more than ten feet away from one.

Rats have an incredible gift for survival. On Engebi, one of the Eniwetok Atolls where nuclear bombs were tested in the 1950s, scientists returned to see what remained after the bombs were exploded. They found radioactive soil, plant life destroyed-and a thriving colony of rats. Rats can survive a fall of 50 feet without injury. Excellent swimmers, they can cross wide rivers (a huge mass migration of rats was recorded in Southern Russia in 1727 when thousands of them swam across the River Volga from Astrakhan). They can tread water for three days without resting and dive to depths of 100 feet. They live an average of 2 to 3 years, and a female rat typically has a litter of 6 to 12 offspring six or seven times a year. They live in colonies (packs) with each rat’s place in the social order determined by their fighting ability, the dominant males at the top. They sleep together, groom each other, and engage in play and play-fighting. When the colony gets too large, the younger males leave to start colonies of their own.

Rats are known for their sharp teeth and powerful jaws. Not only are their teeth sharp, they are extremely hard: Measured on the Mohs hardness scale they come in at 5.5, harder than iron or platinum, and more than half as hard as diamond, which measures 10. These hard teeth enable rats to gnaw through wood, bone, plastic pipe, even brick. Rats will eat nearly anything, and have been known to eat soap, leather, and furs, but prefer grain, livestock feed, and meat of various kinds, including human, although cases of that are rare. But with their enormous appetites, they can and will eat one third of their body weight every day.

Their eyesight is poor, limited to only a few feet. They hear extremely well, and have highly developed sense of touch and smell. A rat can run 24 miles an hour for a short distance. They are considered intelligent, one of the reasons they are sought after for laboratory experiments, and a 2007 study found rats to possess metacognition, “knowing about knowing,” an ability previously documented only in humans and primates.

In some parts of the world, people pray to rats. In India rats are seen as a vehicle for Lord Ganesha, and statues of rats sit in Ganesha temples. At the Temple of the Rats, in Rajasthan state, worshippers take this a step further and allow 20,000 of the furry creatures to live in the temple, considering them holy creatures called kabbas. Killing one there, as you may have guessed, is taboo, and the rats are allowed to run free while the faithful attend to their prayers in the temple. In the Philippines, Thailand, Cambodia, and parts of Polynesia, rats are eaten as part of the everyday diet. In China the rat is the first animal of the Chinese Zodiac, and people born in the Year of the Rat are thought to possess qualities of honesty, creativity, intelligence and ambition-attributes that rats are thought to have as well.

a course in miracles audio
ucdm

You may have missed

What Is Pop Culture and Is It News

Contents Of A Business Plan – Key Information Required By Banks

January 28, 2023
Google Reviews – 4 Tips On Beefing Up Your Positive Reviews